Alaska Mountaineering School (AMS) is a mountain guiding and climbing school that leads expeditions throughout the Alaska Range, including Denali, Mount Foraker, and Mount Hunter. Expert guides with ample experience lead all AMS courses, which include mountaineering, backpacking, glacier trek, and custom options as well as skill-intensive workshops.

While many guiding companies help clients summit challenging peaks, Alaska Mountaineering School goes one step further to prioritize education, so clients walk away with a great experience, knowledge, and skills they can apply to future expeditions.

AMS also boasts a close proximity to Denali National Park and Preserve with its location 50 miles south in Talkeetna and provides comprehensive equipment and delicious food options for every trip.

When Colby Coombs and Caitlin Palmer got a grant to start Alaska Mountaineering School in 1996, the first things they purchased were two structures from WeatherPort® to store their food and gear in.

They had two primary requirements for the structures they purchased: that they could hold the snow and that they weren’t permanent.

Talkeetna, Alaska naturally gets heavy snow loads, which can be an issue for structures that weren’t designed to sustain such weight. “I take off for a month at a time in the winter,” explained Colby, “and I can’t be worrying about having to shovel them.”

As for the other requirement, Alaska Mountaineering School was originally renting property in Talkeetna and couldn’t build anything. Colby also wanted something they could disassemble and take with them down the road, which they did when they purchased property on the other side of town later on.

Luckily, Colby didn’t have to look far, as he was already acquainted with WeatherPort structures through his experience as a Denali guide.

“The rangers at 14,000 feet had WeatherPorts as their emergency base,” he explained. “I was always impressed seeing those, and they allowed us to start our business and keep our equipment dry and organized.”

The mega gear port and their other WeatherPort structures stay up year-round now, and still Colby says that “they seem to be indestructible.”

This is especially impressive during some of the worst winters, when they get a lot of snow followed by a warmer period and rain. “The snow acts like a sponge for the rain, and the weight is too much for the roofs,” Colby explained. “People’s roofs are caving in, and still they’ve held up.”

“Pound for pound they’re worth their weight for sure,” he went on. “Especially if you’re dealing with setbacks and property lines and things that can’t be permanent. And if down the line your needs are going to change, they give you flexibility.” 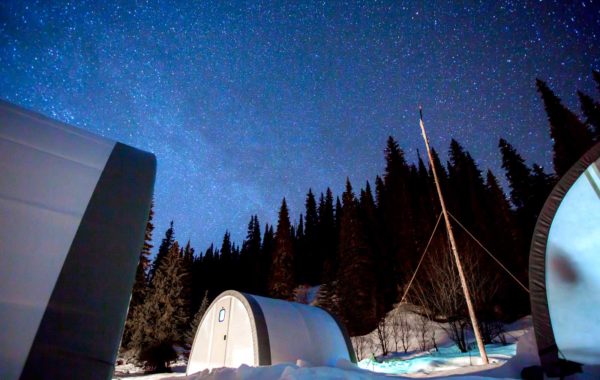 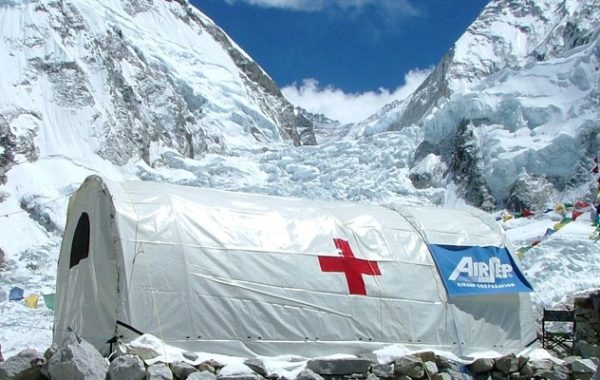